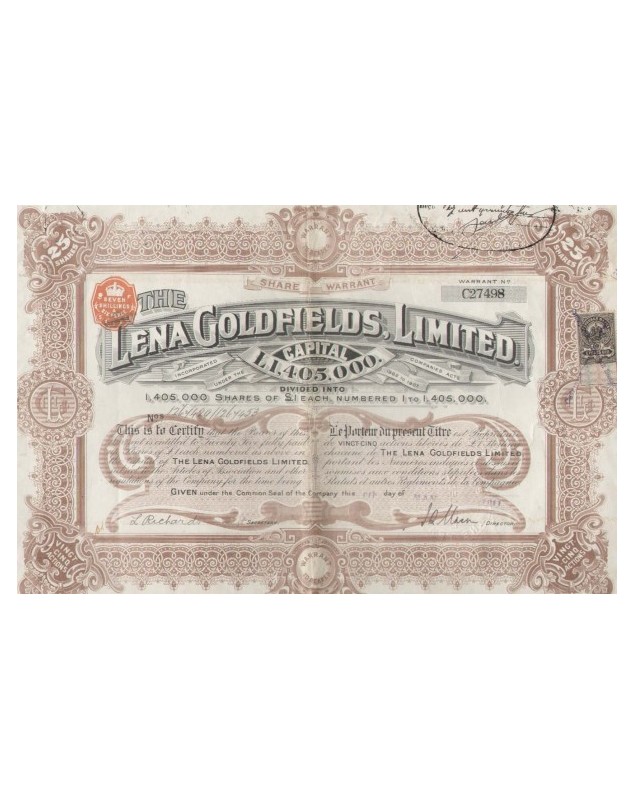 Mining company registered in London and listed in London, Paris and St. Petersburg.

The Lena mine in Siberia on the banks of the Lena, is sadly known for the massacre of Lena by the tsarist government which came to stop the strike of miners exasperated by working conditions in 1912. This episode introduced Aleksandr Kerensky who chaired the commission of inquiry into the massacre and who a few years later became the head of the provisional Russian government.