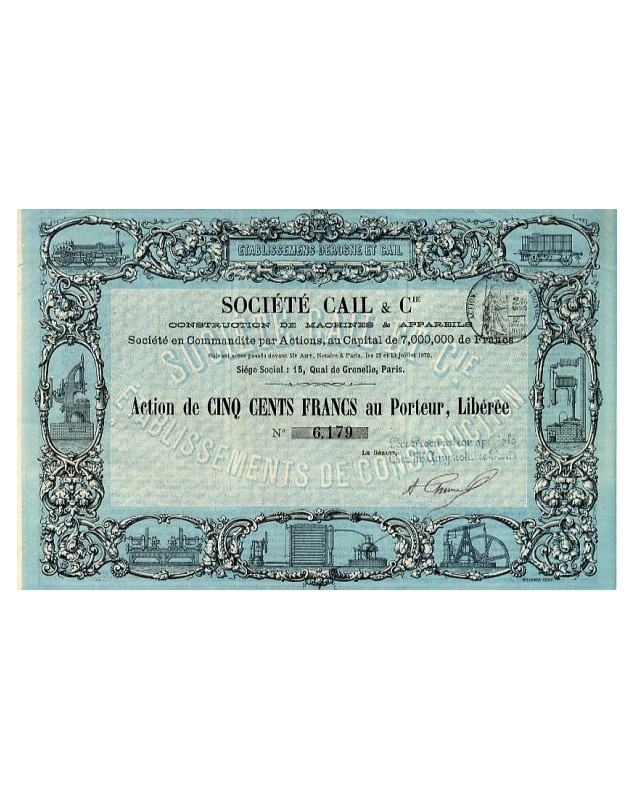 The company Ets Ch. Derosne & Cail was founded in 1836 by Charles Derosne and Jean-François Cail.

It builds steam engines for sweets and locomotives. Faced with difficulties following the 1848 revolution, it was replaced by the J.F Cail & Cie Company that same year.

The company's headquarters and factories are located in the Chaillot district. It was then the largest industrial enterprise in Paris.

The factories are then transferred to Grenelle also on the banks of the Seine.

The company notably built a locomotive for the Hérault railways in 1872.