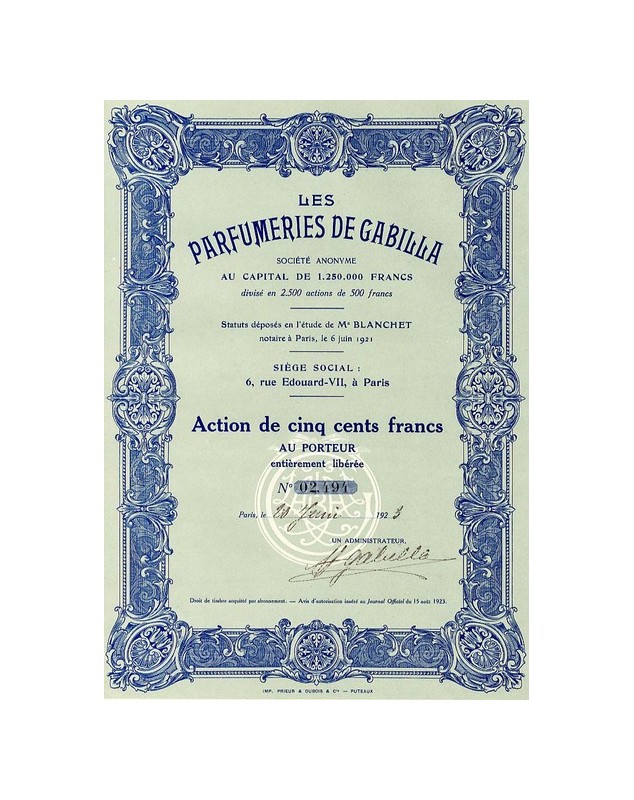 The company was founded in 1910 by Henriette Gabilla, a Syrian perfumer and cosmetician. It was Gabilla was a major exporter of luxury worldwide.

Gabilla won the Prix d’Honneur at the Art Deco exhibition in Paris in 1925.