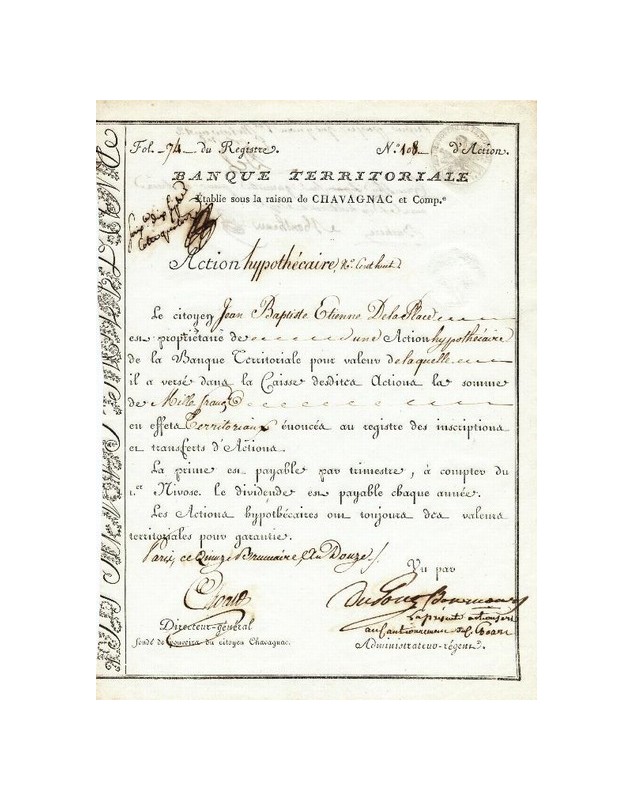 This bank was created thanks to Dupont de Nemours.

Deputy of the City of Nemours, President of the National Assembly, he was arrested (Thermidor 7) but Robespierre's fall 2 days later saved his life;

He fled to the USA and created with his son Eleuthere, a company specialised in gun powder, which became a world leader.

On Jefferson's request (his friend), he drafted the US National Education Plan in 1802.

Back in Paris, he became President of the Chamber of Commerce. He went back to the US on Napoleon's arrival.