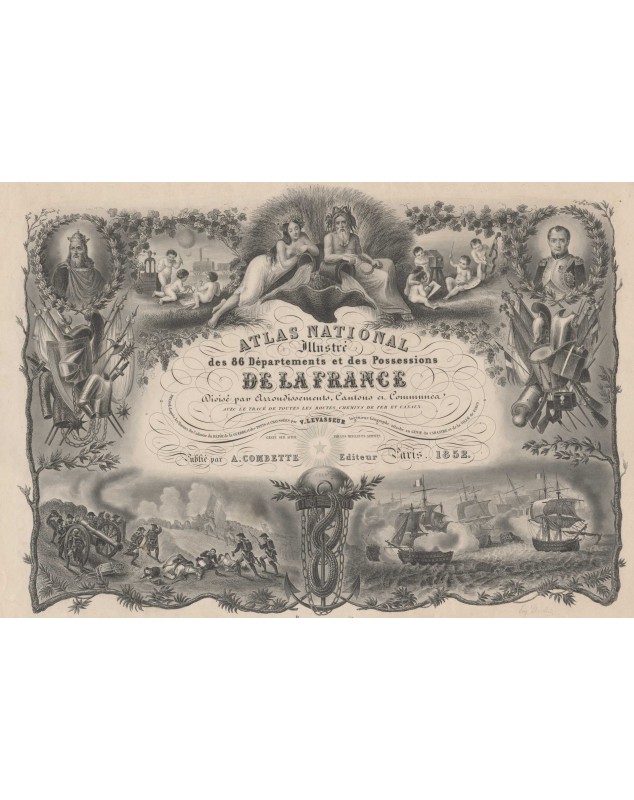 The atlas was divided by arrondissements, cantons and communes with the layout of roads, railways and canals. It had been drawn up according to the work of the Cadastre of the War Depot and of the Ponts et Chaussées by V. Levasseur, engineer geographer attached to the Cadastre Engineer of the City of Paris.

The atlas was engraved on steel in 1852 by the best artists, published by A. Combette, publisher in Paris.