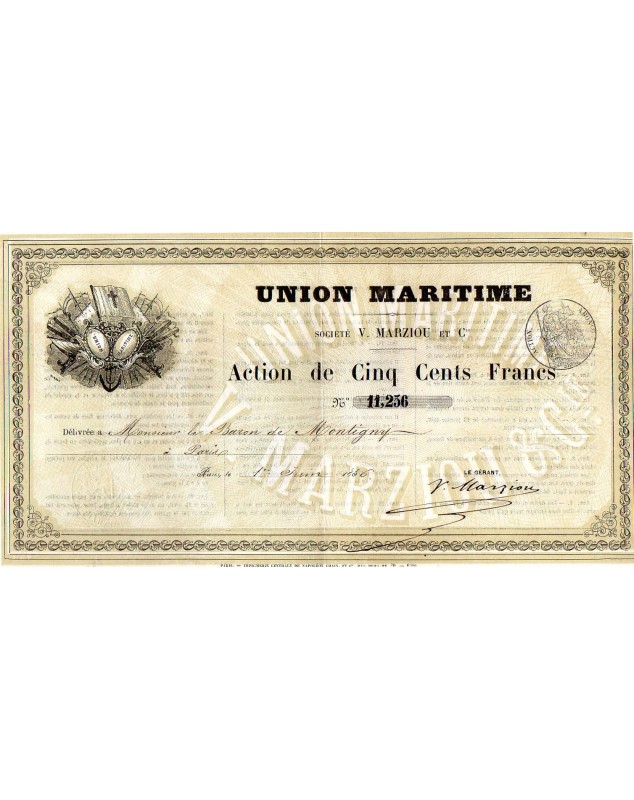 The Le Havre shipowner Louis Victor Marziou, who was director of the Société de l'Océanie, inaugurated two transatlantic links with his company Union Maritime, which for lack of investors, disappeared in 1860 (hence the presence of almost all coupons on the share) between Le Havre and San Francisco, where the company had counters.

Extract from the statutes on the back of the document.

The head office of the company was located at 10, Place de la Bourse in Paris.