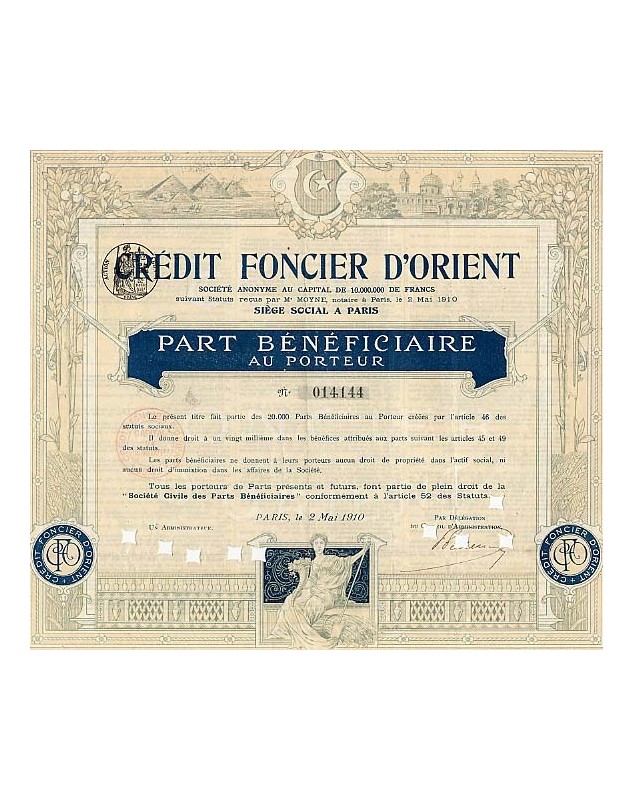 Company incorporated in 1910 with a capital of 10 million francs. Head office at 8 rue Pillet-Will in Paris.

The main purpose of issuing bonds was to make and deal on its own behalf or on behalf of third parties directly or in participation in the Ottoman Empire, in Egypt, Syria, Palestine and generally in all countries of Asia and of Africa, loans against mortgage guarantees as well as lending to governments, provinces and municipalities. As soon as it was set up, it found a fruitful field of action in Egypt, and it entered into a contract with the Egyptian Mortgage Fund (Caisse Hypothécaire d'Égypte) which reduced its overheads to a minimum.

The company proposes to carry its sights on various countries of the East, and in particular on the Ottoman Empire, whose mortgage regime is currently the subject of a complete overhaul. (Excerpt from the Journal des Finances of March 4, 1911)