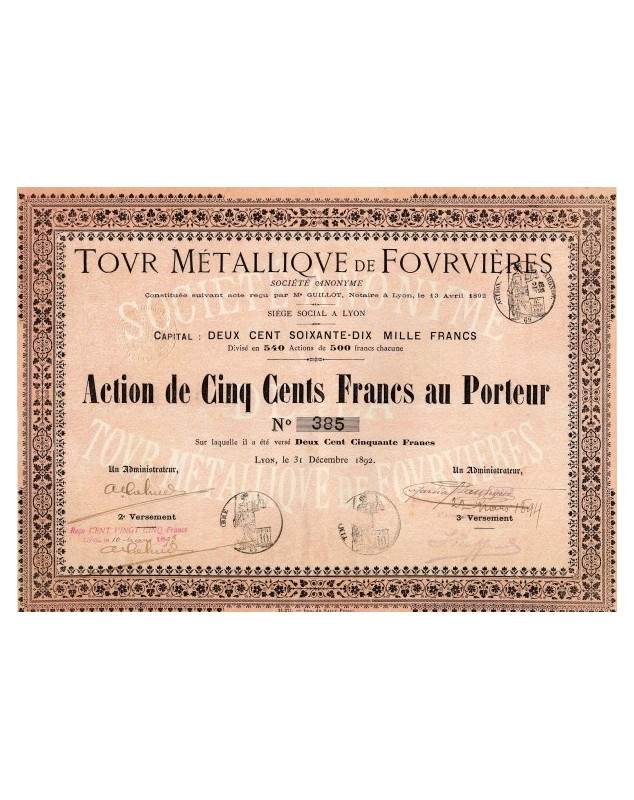 Share of 500 francs issued in Lyon in 1892 by the company of the Metallic Tower of Fourvières.

The company founded in 1892 had for object the construction of the metal tower of Fourvières, on the plans of Collet, Roux-Meulien, Paufique and Eugène Collonge.

The tower, also called "Tour Paufique" was inaugurated during the Universal, International and Colonial Exhibition of Lyon in 1894. It culminates at 85 meters in height on the hill of Fourvière (without the "s"). It offers a restaurant on the ground floor, in the name of (Pierre) Gay who granted his land to build the building. It has a hydraulic lift.

The tower is reminiscent of the third section of the famous Gustave Eiffel Tower inaugurated a few years before.

Antoinette Gay bought the tower in 1905. It was bought when it closed in 1953 by the RTF to broadcast its television channel there.