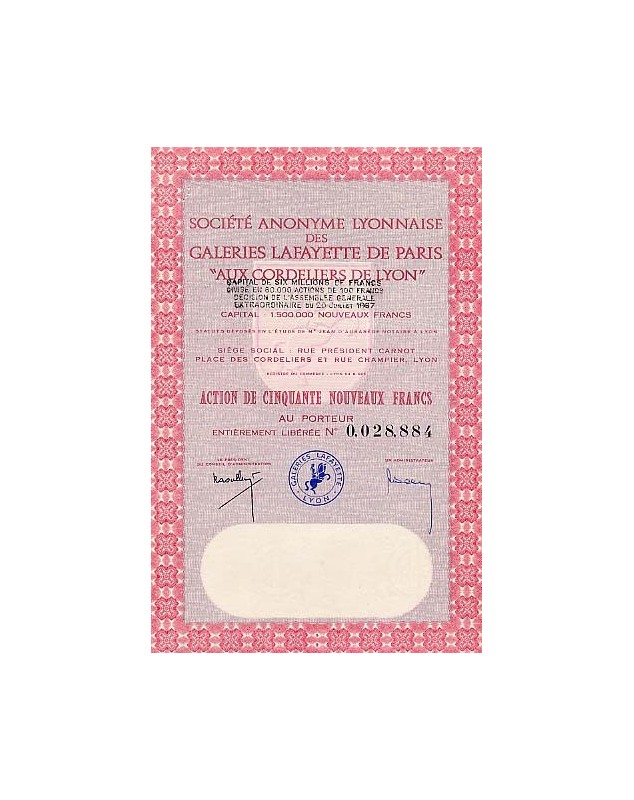 The company of the Galeries Lafayette was founded by Théophile Bader and Alphonse Kahn.

The headquarters buildings and stores in Paris were acquired in 1905, and the dome built in 1912.

The concept was exported in French cities and to Morocco with the creation by their cousins ​​of the Paris-Maroc French law company in Casablanca.

The founders were deprived of their property during the Second World War and Raoul Meyer became its leader after the liberation.