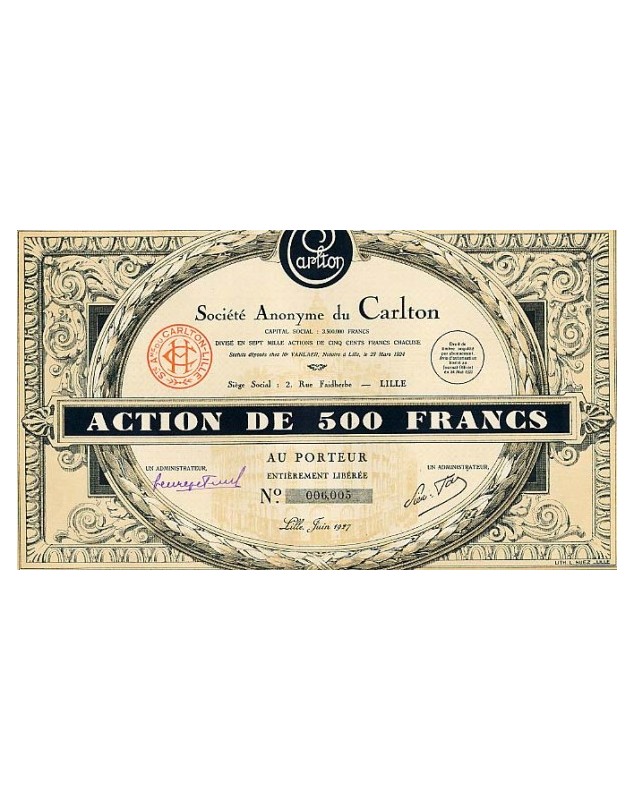 The share is illustrated in the background with the Hotel Carlton in Lille, with its characteristic dome.

The Hotel was previously the Café Jean, built in 1901, at one of the best locations in Lille city center, on the Place de l'Opéra, at the corner of rue Faidherbe and rue de Paris.

After the First World War, Café Jean is in ruins. It is then necessary to rebuild this establishment in order to operate a hotel restaurant.

In 1920, the Queen of England took this opportunity to send one of her hotel companies: the Carlton company to invest in this business, which at the time represented a certain form of wealth by its architecture.

One of the most beautiful rooms in this hotel, the Dome Suite, located just under the building's copper dome reminds it of the British Crown.

The last renovation of the hotel dates from 2016.