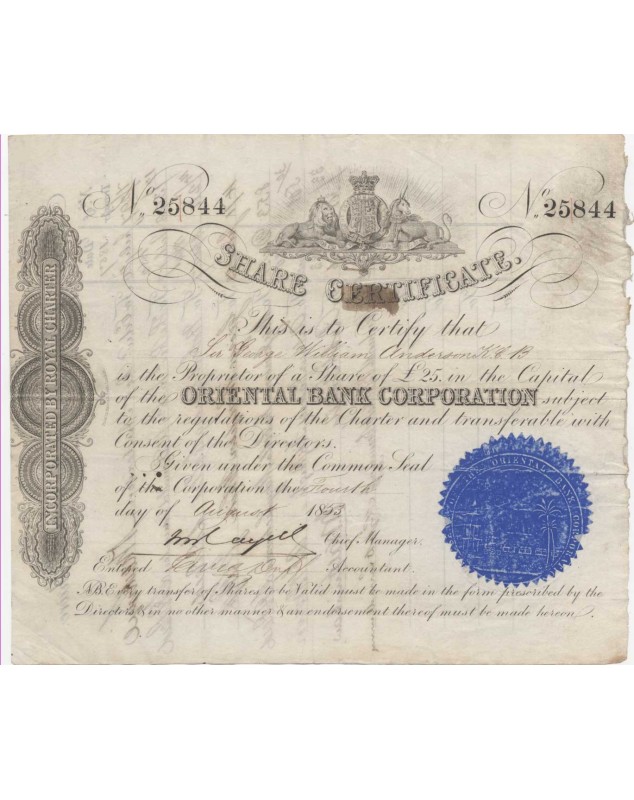 The bank created in 1842 as Bank of Western India. Headquarters was established in London in 1845 and the name became The Oriental Bank Corporation, and offices were opened in Asia, including Hong Kong.

This bank was the first bank in Hong Kong and the first to issue banknotes. In 1884, it will encounter serious difficulties and was renamed "New Oriental bank Corp" but will close in 1892.