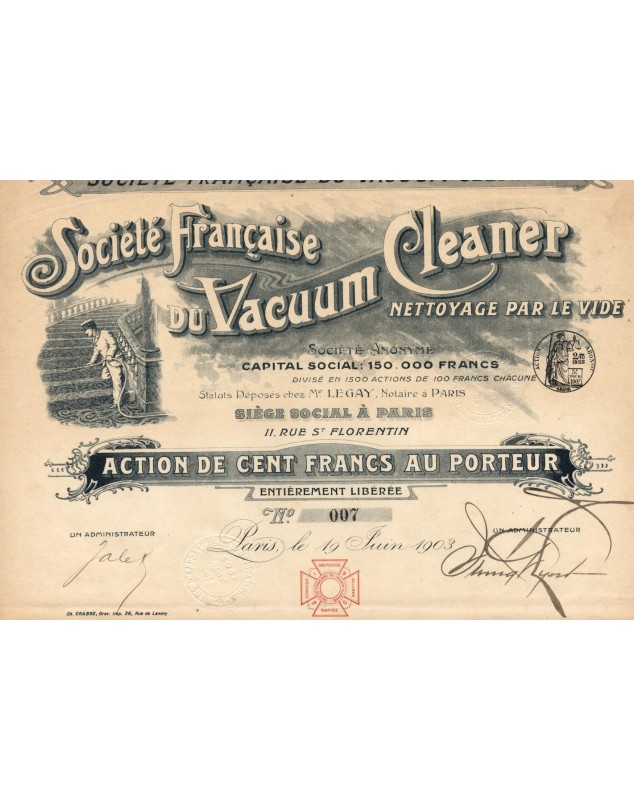 He developed a big machine that sucked in instead of the existing ones that only blew. The term "vacuum cleaner", translated "vacuum cleaner" then "vacuum cleaner", appeared in 1901 in a prospectus of the company created by Booth to market his invention. The apparatus with its 30 meter long tubes was to be parked, towed by horses, in front of the buildings to be cleaned. Despite its performance, the machine proved to be too bulky and too noisy.

In 1902 a patent called "Booth" was deposited and claimed by the company of Vacuum Cleaner which had developed a transportable machine provided with a nozzle allowing to vacuum the carpets. However, the courts did not recognize the patent by declaring it void and the company was ordered to reimburse the partners it had cheated.

In 1932, the still-active company presented its solid, handy and silent vacuum model, the Vacuum Excelsior, at the Foire de Paris.