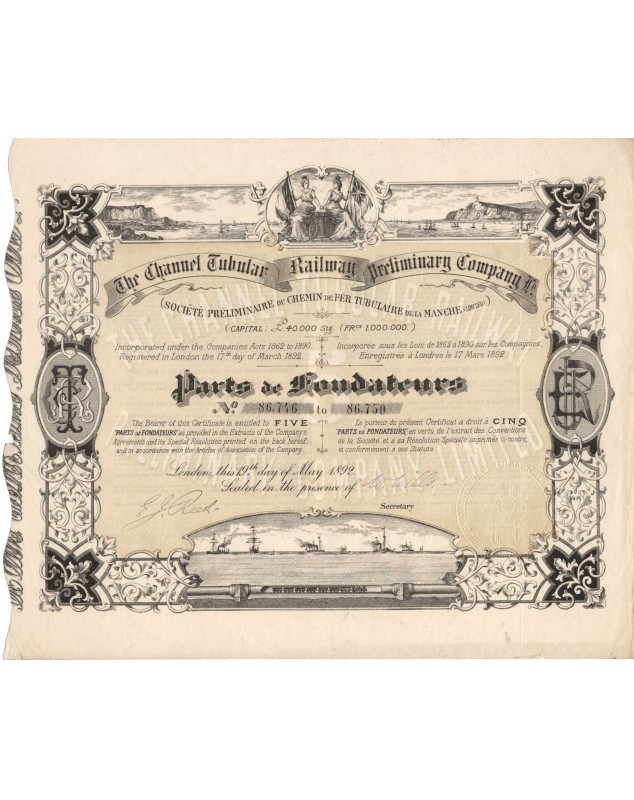 The late 19th century project for the ancestor of the Channel Tunnel!

In the 1850s, many projects appeared. We even start to dig in England and France, but the English are dragging their feet for fear of a possible invasion. It was nevertheless an Englishman who created this company, Sir Edward J Reed, one of the architects of the very powerful English fleet which was to dominate the oceans.

He does not think he is doing so well in naming his company "Preliminary Company", since it takes 102 years for the current Channel Tunnel to open!

This certificate is illustrated with views of Dover, Cap Gris Nez and the Tube with the train traveling at the bottom of the sea on which sail ships and steamboats sail.

Extract from the statutes on the back of the title.