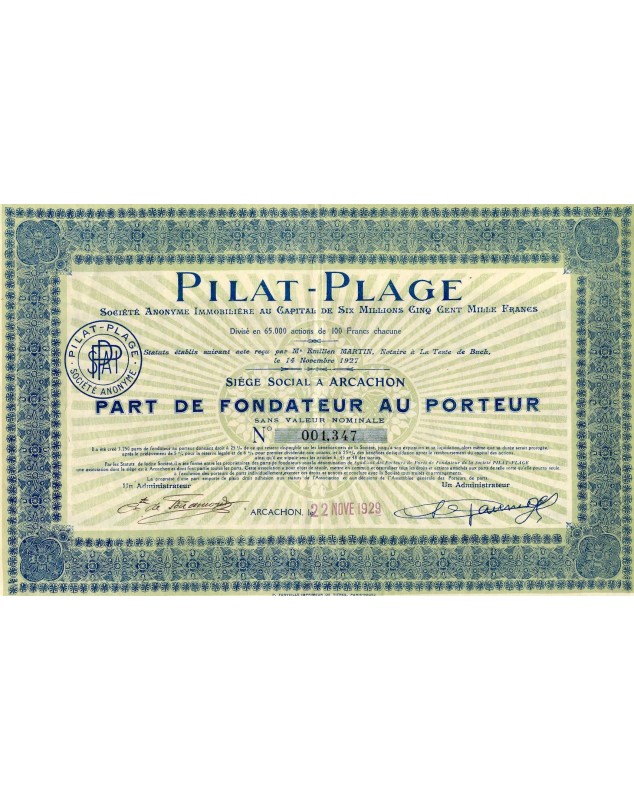 Signed by the founders L. Gaume and R. de Faramond

The company was founded in 1928 by Louis Gaume and Count Roger de Faramond, a native of the Tarn where he owns the Château de Vindrac, whose signatures appear on the document.

The company acquires 52 hectares of land at the foot of the Sabloney dune from the Société Immobilière de Pyla-sur-Mer and participates in other real estate and hotel projects such as La Corniche, Oyana...