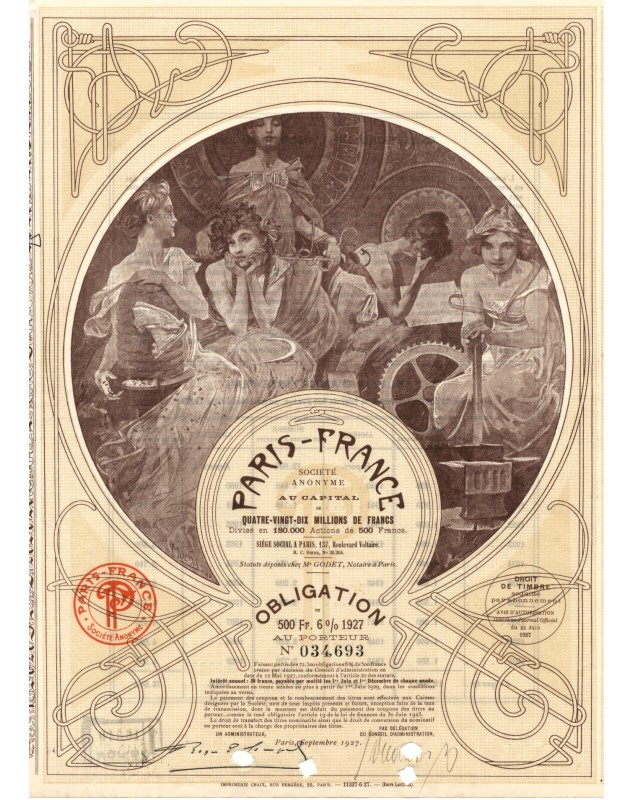 Gompel and his sons (Marcel, Robert) will also create the Paris-Morocco company in 1912. Robert Gompel will create the Omnium of France and Morocco in 1918. Roger-Emile Gompel, son of Alfred, will become president of Paris-France (signature on the bond).

The company will be liquidated at the end of the 1980s.

The famous Art Nouveau artist Alphonse Mucha, friend of the director, illustrated in 1917 a series of certificates of the Paris-France company, with charming evanescent young women, embodying Industry, Agriculture, Commerce and Science . These shares are among the most famous and beautiful of scripophilia.

Magnificent authentic share, decorated by Alphonse Mucha in the art nouveau style, part of a chromatic series. Issued in five different color tones. The complete series went for 28,500 French francs (3,445 euros) in April 1981 at the Hôtel Drouot in Paris.