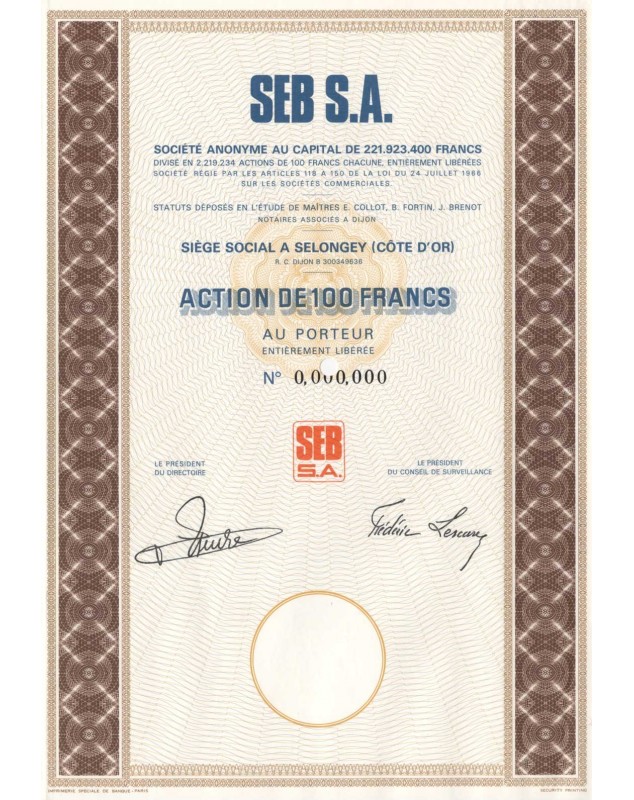 A first tinsmith's workshop was created by Antoine Lescure in 1857 in Selongey, near Dijon (Burgundy).

The successors then founded the company Manufacture de Ferblanterie Lescure Petits Fils and brought out their first vegetable mill under the Moulinex brand in 1932.

In 1944, the company took on the now famous name of S.E.B. (Burgundy Stamping Company). Frédéric Lescure became President in 1952 and launched the successful SEB pressure cooker, followed by Tefal stoves and Calor irons.

In 1973, the holding SEB S.A. was created, with Henri Lescure taking over the chairmanship. New acquisitions and developments around the world will follow.