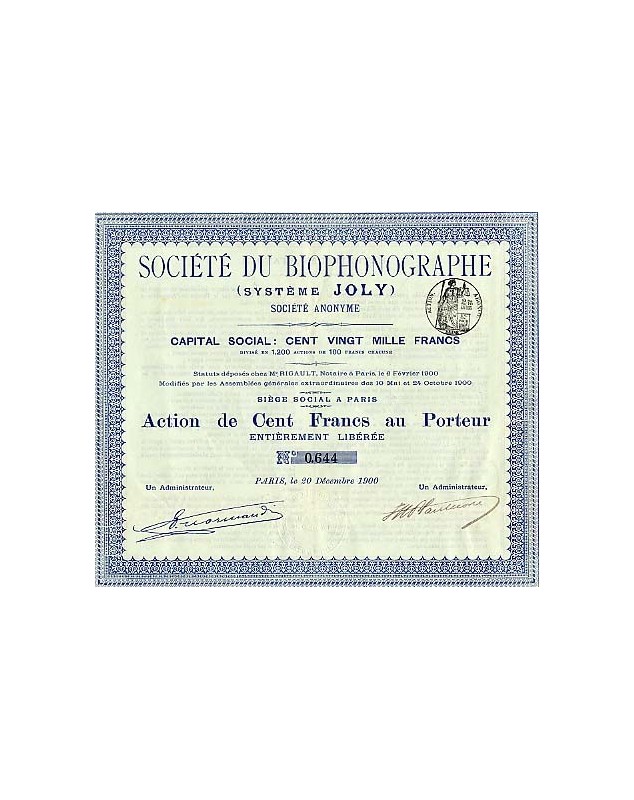 Henri, Ernest Joly (1866-1945) is an inventor and precursor of cinema. He developed a camera, inspired by Thomas Edison's Kinetoscope sold by Charles Pathé in 1895. The camera was operated by Pathé.

He designed the photozootrope, a kinetroscope with four eyepieces. The biophonographer company was created when the patent for sound and cinematographic synchronization was filed.

The company was quickly dissolved but Joly continued to file patents.

In 1906, he founded the Société des Phonographes et Cinématographes Lux, which was itself dissolved in 1913. For lack of funding and support, Joly will end up ruined and forgotten when he has made a major contribution to the film industry.