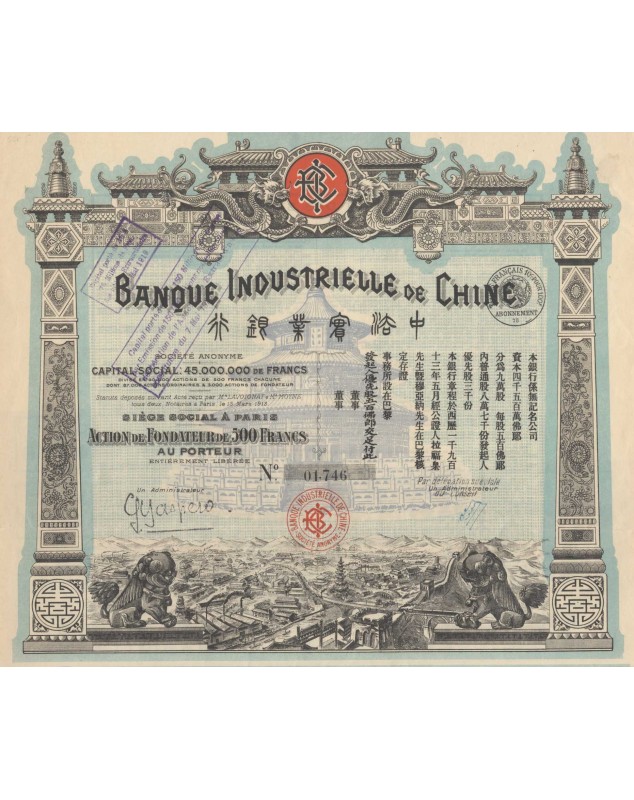 With capital increase stamp from 45 million to 75 million de francs and to 150 million francs.

Conditions of the company at the reverse in French ("Extrait des statuts").