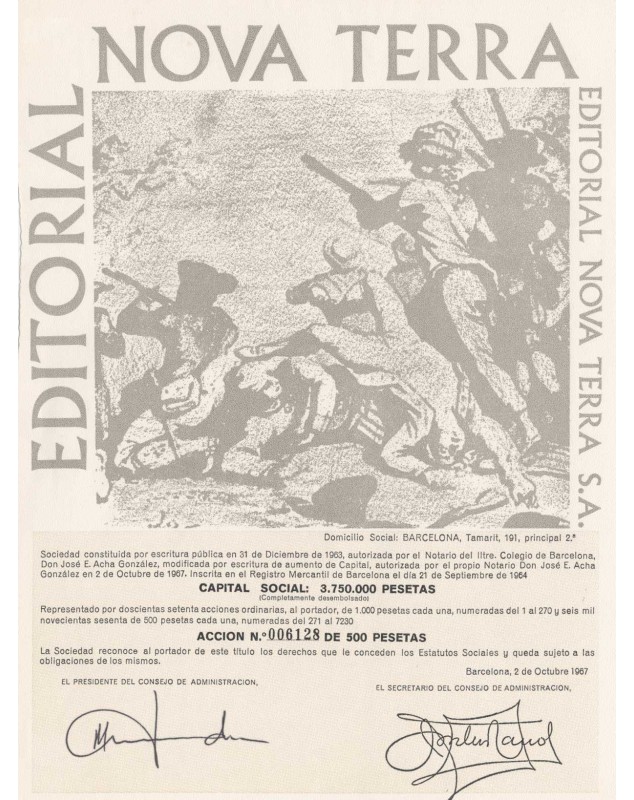 Newspaper founded in 1957 in Barcelona by Christian youth workers like Josep Castaño i Colomer, Josep Artigal i Montserrat, Anton Cañellas, Monsignor Joan Carrera i Planas and Lleonard Ramírez, in order to serve the faith of the working communities and to help the labor movement in general and popular pedagogy.

In 1969 the editorial was suspended for six months by the Spanish Ministry of Information, which accused him of publishing Marxist books.

From 1970 to 1978, Joan Carrera i Planas was the literary director. In 1971, he began to publish books and since 1975 directs Oriflama magazine, become weekly.

The newspaper ceases publication in 1978.