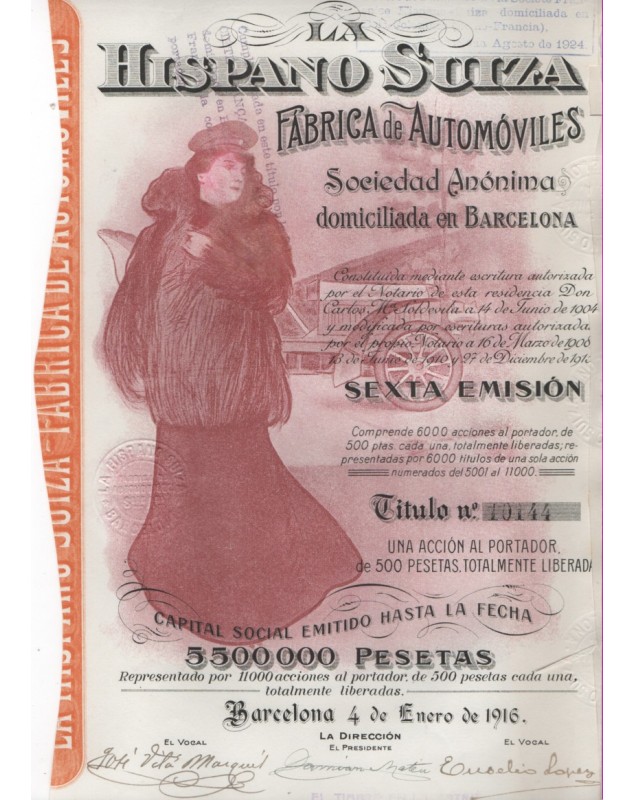 Hispano-Suiza meanig Hispano-Switzerland, was a Spanish brand of automobile and aeronautics founded in Barcelona in 1904 by a Swiss engineer Marc Birkigt and spanish businessmen Damià Mateu i Bisa and Francisco Seix Zaya.

The wompany was part of the group Perelada. The French subsidiary (established in 1923) changed its name in 2016 to Safran Transmission Systems.

Nice deisgn of a woman with a luxury coat in front of a car.