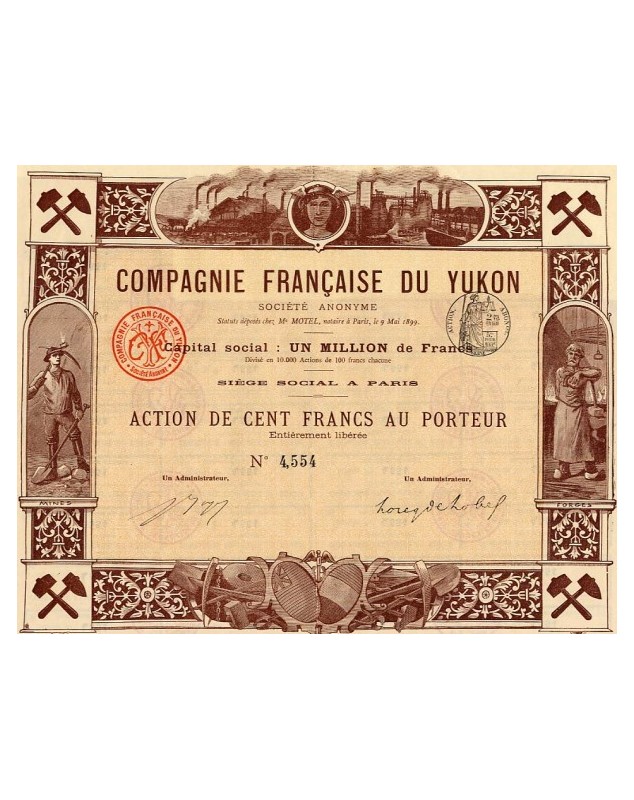 Share to bearer of 100 francs issued in Paris in 1899, at the time of the gold rush in the Klondyke, Canada.

Prospectors had begun panning for gold in the Yukon as early as the 1880s. Nearly 10,000 of the prospectors who arrived in the Yukon between 1897 and 1899 after the alluvial discovery in 1896 were French Canadians. This phenomenon led to the establishment of Dawson City in 1896, and subsequently the Yukon Territory in 1898. Illustrated thumbnails of a miner and a blacksmith.