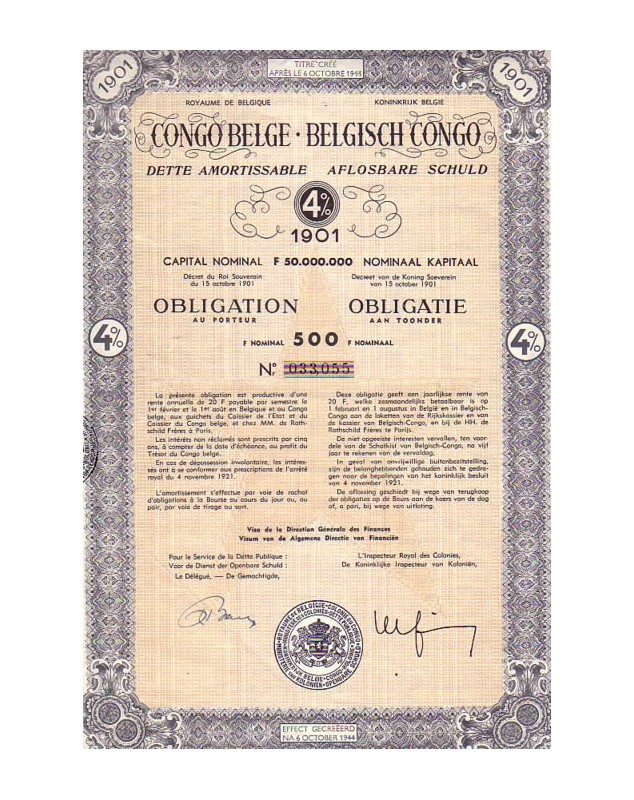 A convention for the settlement of issues relating to the public debt and the portfolio of the Colony of the Belgian Congo was signed in Brussels on February 6, 1965.

A Belgo-Congolese Fund for Amortization and Management was created. During the first months following its accession to independence, the Republic of the Congo settled the interest terms of the colonial public debt securities that were coming due.

But on November 25, 1965, the Congo experienced a military coup that brought General Mobutu to power. The agreements were called into question.