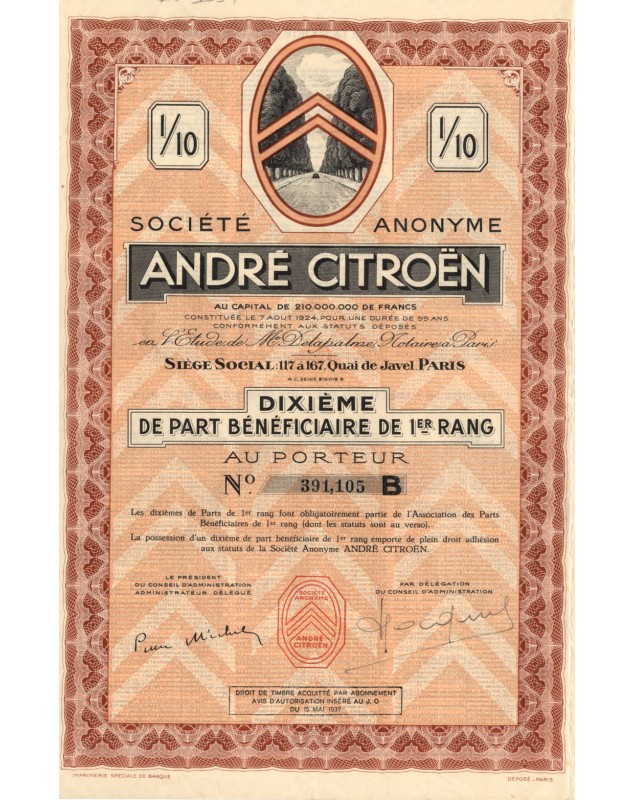 The share is illustrated with the famous chevron, emblem of the brand, recalling the process of gears with V-cut teeth.