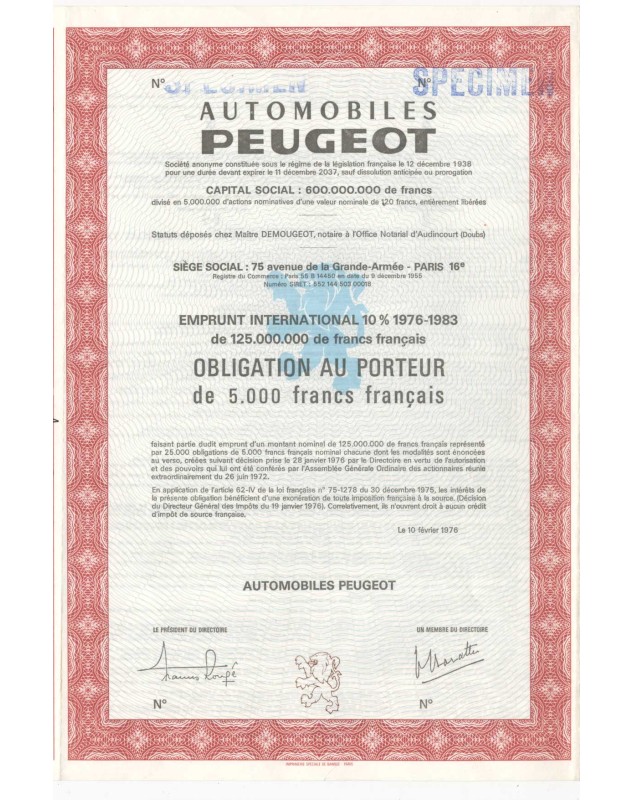 Specimen. Illustrated with a lion.

The Peugeot Frères factory was founded in 1878 in Valentigney (Doubs).

The construction of cycles began with the family of Armand Peugeot (Les Fils de Peugeot frères) in 1885, assembled in the Beaulieu factory: first bicycles then the first steam tricycle in 1889.

In order to avoid internal competition that was harmful to production, the two companies of the Peugeot family were merged in 1910 under the name Société Anonyme des Automobiles et Cycles Peugeot.