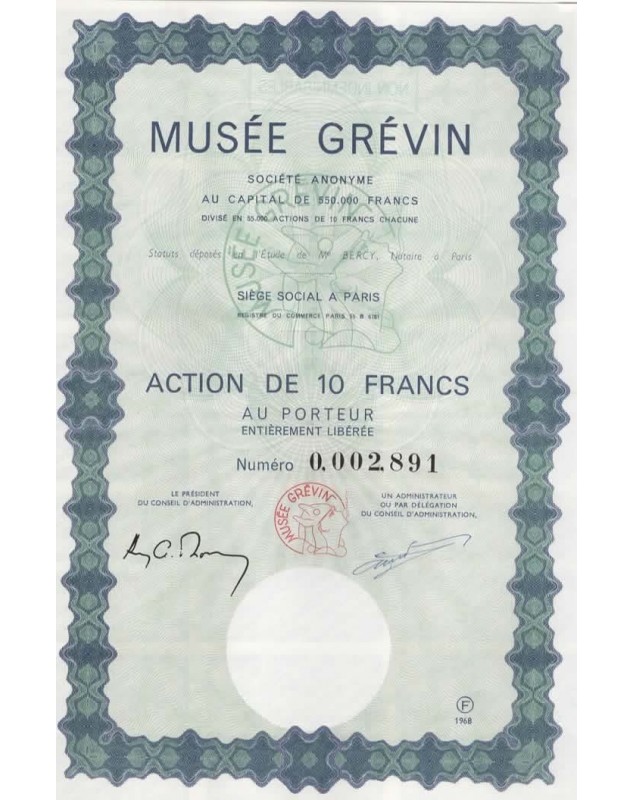 Share of the famous Musée Grévin, a wax museum owned by Grévin & Cie, a subsidiary of Compagnie des Alpes since its privatization.

The museum located on the Grands Boulevards in the 9th district of Paris is inaugurated on June 5, 1882.

It takes its name from the cartoonist and theater costume designer Alfred Grevin.