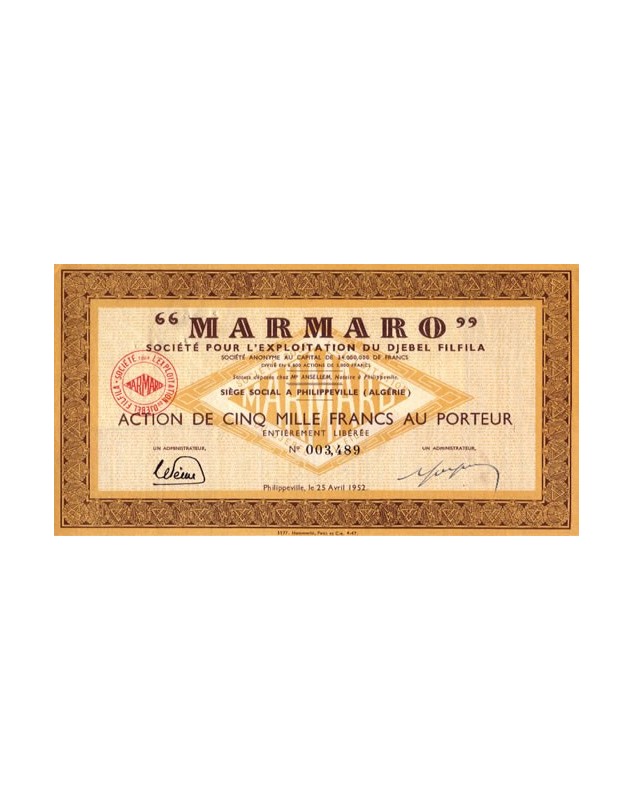 The purpose of the company was to operate marble quarries, located 25 kilometers east of Philippeville in Algeria.

Quarries had historically been discovered by the Roman colonizers, who used them for tombs or for ornamental reasons.

Senator Lesueur reopened the quarries at the end of the 19th century by entrusting the exploitation to Italian marble workers. Certain marbles produced were exported to the United States, used for example at the Metropolitan Opera of New York.

In 1922, the Société Fèvre et Cie, after having started to exploit quarries in Burgundy, then in all France, became interested, to compete with the Italian marble workers, in Fil Fila which it acquired. She founded the Marmaro Company to exploit this deposit.