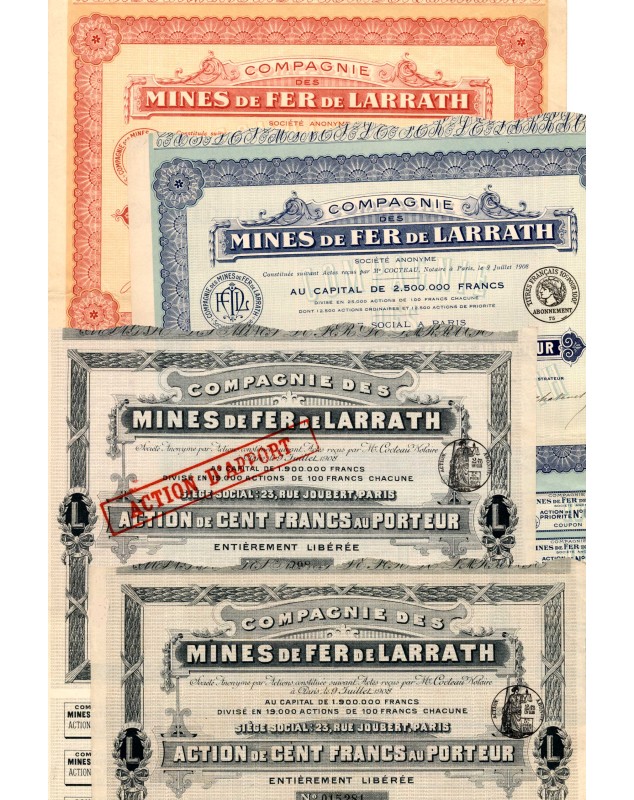 Concession of iron mines located in the commune of Gouraya, department of Algiers.

When it was created in 1908, Pierre Maître, from the family of forge masters from Châtillon-sur-Seine, partners of Châtillon-Commentry, was the concessionaire of the mine and president and managing director of the company.