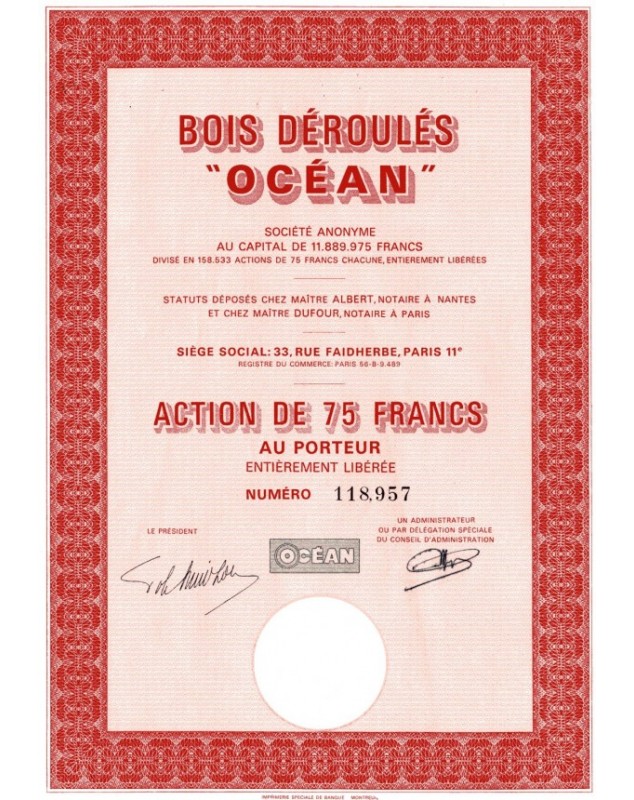 The factory of the Bois Déroulés "Océan" plywood company was created in 1918 by Joseph Jourdain de Muizon, under the name Compagnie Nantaise des Bois Déroulés, on land previously occupied by the Leps sawmill.

Originally, the wood used comes from the poplar groves of the Marais poitevin. Then, from 1926, exotic wood was used, preferably okoumé, mainly from Gabon. The company then had a subsidiary in Gabon, the Compagnie Française des Bois du Gabon.

Besides plywood, the factory manufactures cheese boxes, barrels and matches. In the 1950s, a continuous unrolling and drying system was installed: 200 m of wood were unrolled per minute. Particle boards were also produced from 1959 in the establishments of Rochefort-sur-Mer.

Around 1960, the company took the name "Les Bois Déroulés Océan", before being bought by Saint-Gobain in 1973. It merged in the 1980s with Rougier and Landex to form the company ROL (Rougier Ocean Landex) then Rol Tech, and closed in 2000.

Currently, all that remains of this company is the canteen, now transformed into a restaurant. This company had up to 850 employees, and 187 at the time of its closure.