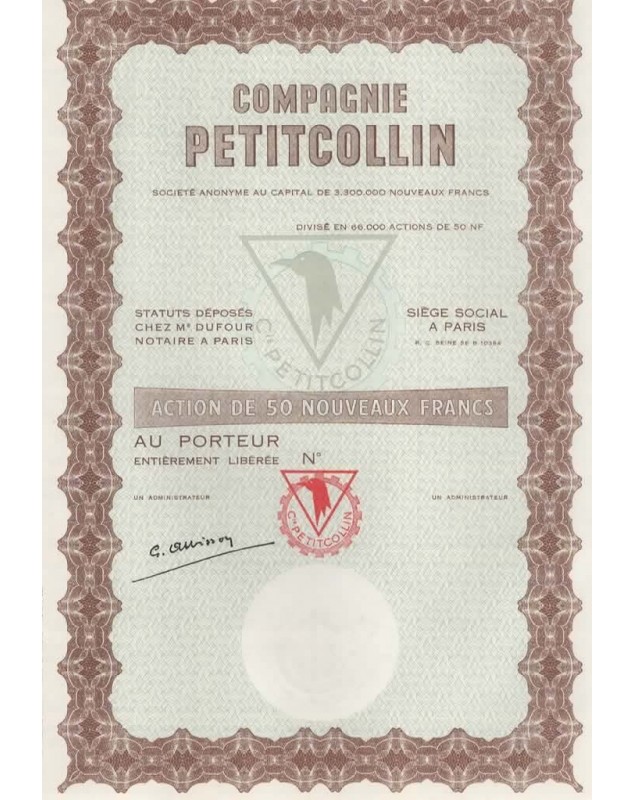 Gustave Petitcollin died in 1927 and Huguenin and Hutin took over the management of the company, then taken over by Gabriel Albisson, whose signature on this title can be seen.