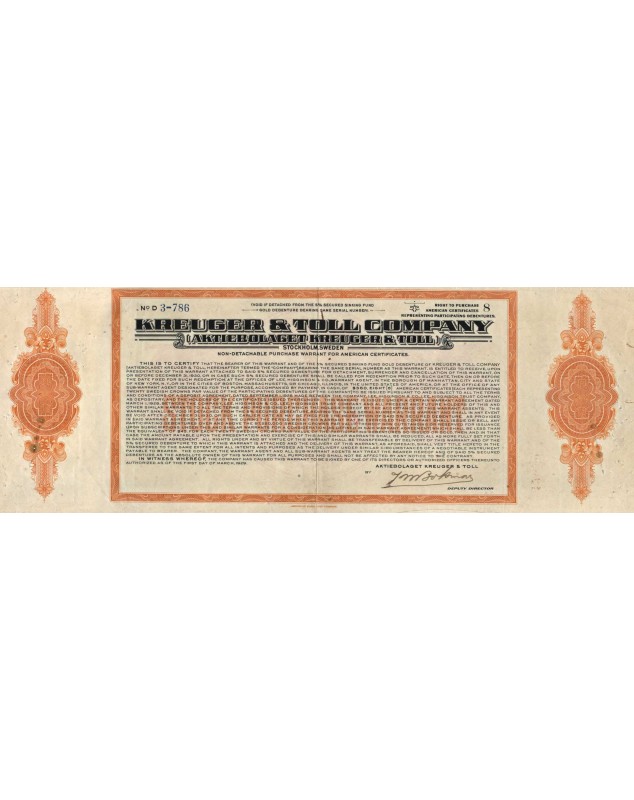 Construction company with new building methods based on reinforced concrete, founded in 1908 by Yvar Kreuger and Paul Toll. They built the Olympic Stadium of Stockholm.

In parallel Kreuger started to invest in a number of industrial companies, mainly in the Swedish industry (matches...).

In April 1932, a month after Ivar Kreuger's suicide, most of the Kreuger empire went bankrupt.