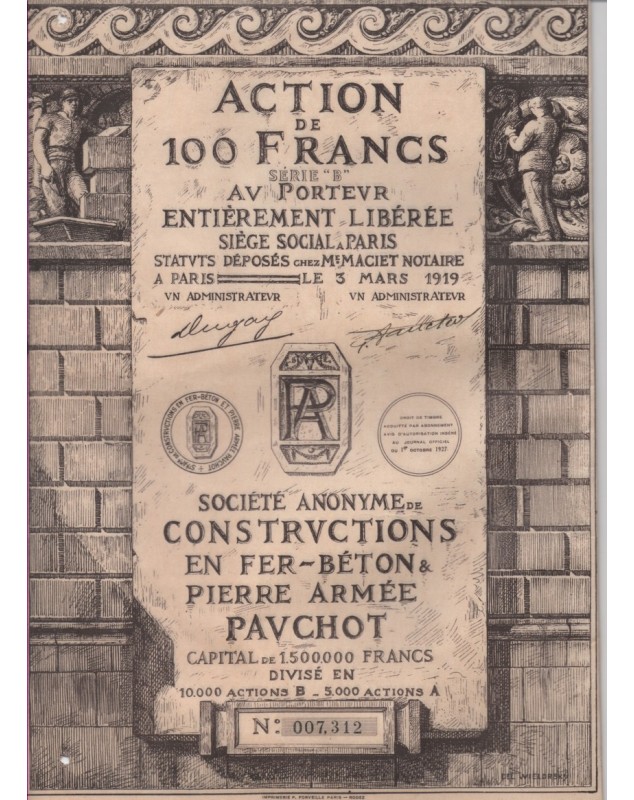 A mixture of cements, gravel and water, concrete fascinated industrialists at the start of the 20th century. Until 1906, 262 patents were filed on concrete but very few were exploited.

The Pauchot company was at the origin of the first buildings in reinforced concrete. These large iron wires which rose to be covered with cements had something to challenge at the start. But it was about a new system conceived by Morelle, engineer of the company, the "reinforced stone". The objective for the inventor was to vary the facades of constructions, especially in the north, where natural stone was very expensive.