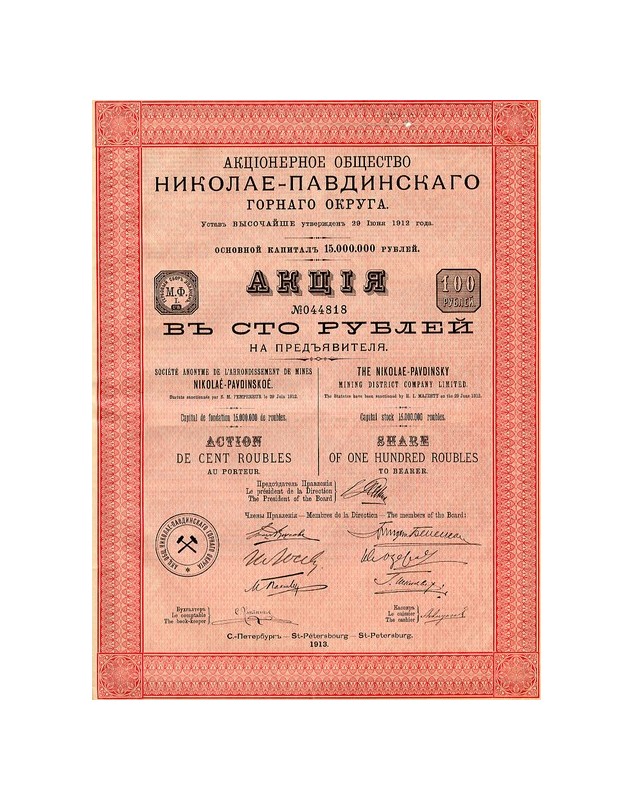 The company was the first producer of pure platinum in Russia.

In 1757, a copper smelter was founded in the village of Pavda near Yekaterinburg in the Urals.

Towards the end of the 19th century, new deposits of gold and platinum were found. The Nikolae-Pavdinsky Mining District Corporation is funded on June 29, 1912 in the purpose of establishing a refinery for these newly discovered platinum and gold ores.

Other rare precious metals such as iridium, rodium and others were processed and melted.

During the Soviet era, the company was given special priority due to its strategic importance to the arms industry and was always equipped with the latest processes and machines.

The plant continues to produce to this day. After the turn of the century in the early 1990s, the company reverted to a joint stock company and is now called the Ekaterinbourg Non-Ferrous Metal Processing Plant.