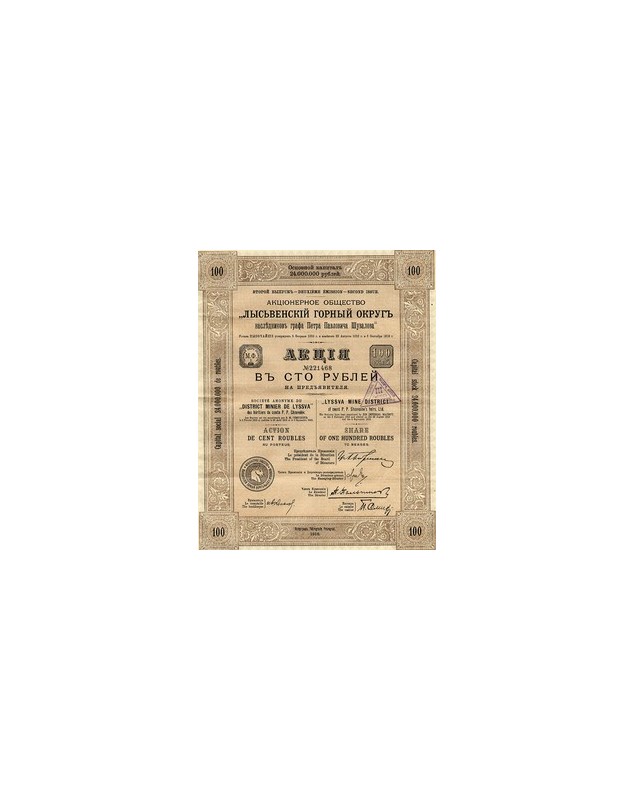 The company owned several coal, gold, iron and platina mines in the region around Perm (near the Ural Mountains).

Furthermore had the firm its own iron foundries and rolling mills. Its main works were in the town of Lysva, 86 km from Perm. Its industrial history goes back to 1787. As a curiosity, it is believed that the roof sheets of the London House of Parliament originate from Lysva. Before becoming a joint-stock company, the firm was owned by the Schouvalov family.

They have played an important role in Russian history on several occasions : they were generals, ministers, founders of the university of Moscow, etc.