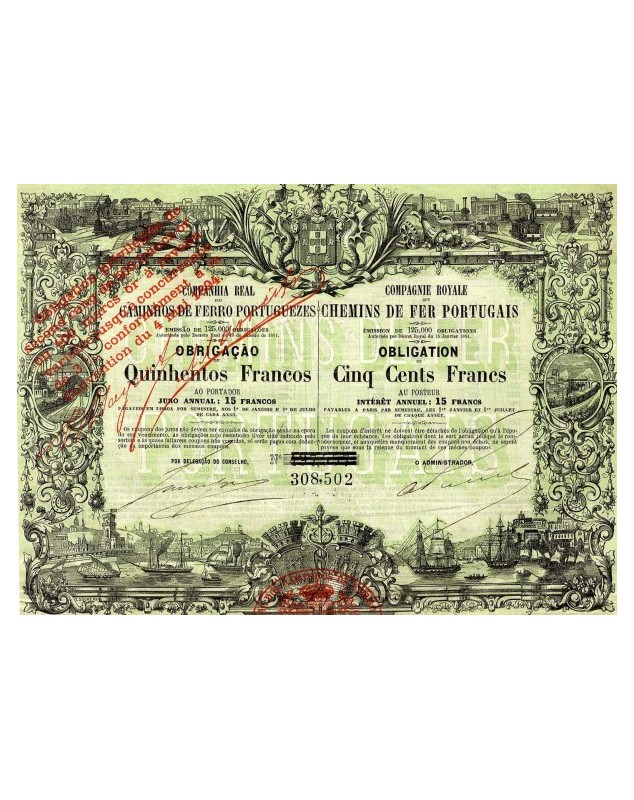 Portuguese limited company, incorporated by statutes drawn up by Me Francisco Vieira da Silva Barradas, notary in Lisbon, on December 15, 1859, approved by royal ordinance of December 22, 1859.

The first lines which belonged to the Society (Lisbon to Porto and to Badajoz) come to it from the contribution made to it by don José de Salamanca to whom they had been granted for a period of 99 years, under the terms of an auction report dated September 4, 1859 and two contracts dated July 30 and September 14, 1859, approved by a law of the Cortes dated May 5, 1860.

The total length of the Company's lines operated since December 31, 1896 was 1073 kilometers.