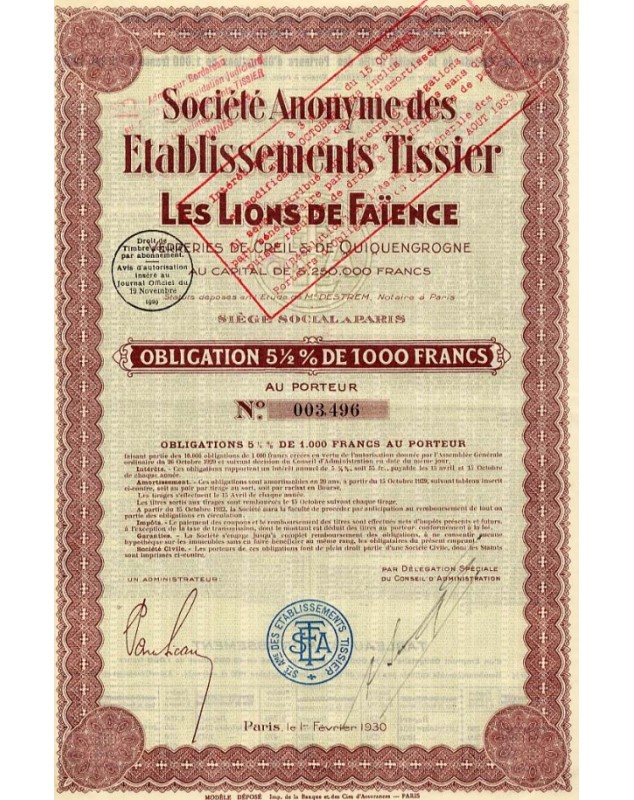 The company Aux Lions de Faïence was founded in 1761. It was located at 90 rue de Rivoli in Paris.

The Creil glassworks in the Oise were taken over in the early 1910s by Paul Tissier who at the end of the decade had four establishments of this type: in Creil and Méru in the Oise, in Quinquengrogne in the Aisne and in Paris. The glassworks closed in 1930.

This glassworks specialized in bottles existed since the time of the Crusades in 1290. The meeting of the three companies supplied glassware, porcelain, goldsmith's work to hotels, cafes, restaurants, buffets.