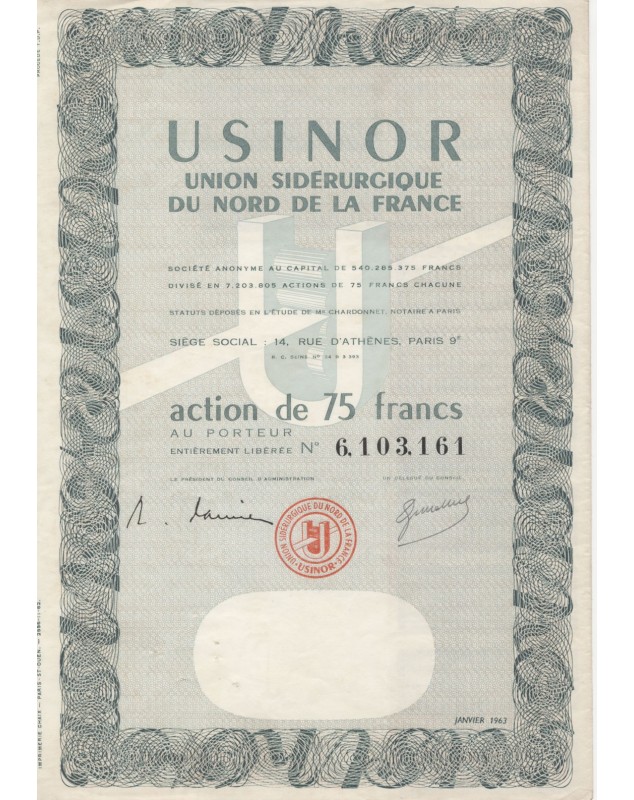 Usinor is a French steel group initially based in northern France, founded in 1948. It merged in 1973 with its Lorraine competitor Sacilor and took the name Usinor-Sacilor.

In 1997, Usinor-Sacilor became Usinor again In 2002, Usinor merged with the Spanish Aceralia and the Luxembourgish Arbed to form the European group Arcelor.

Size of the document : 19x27 cm (without the coupons on the right side)