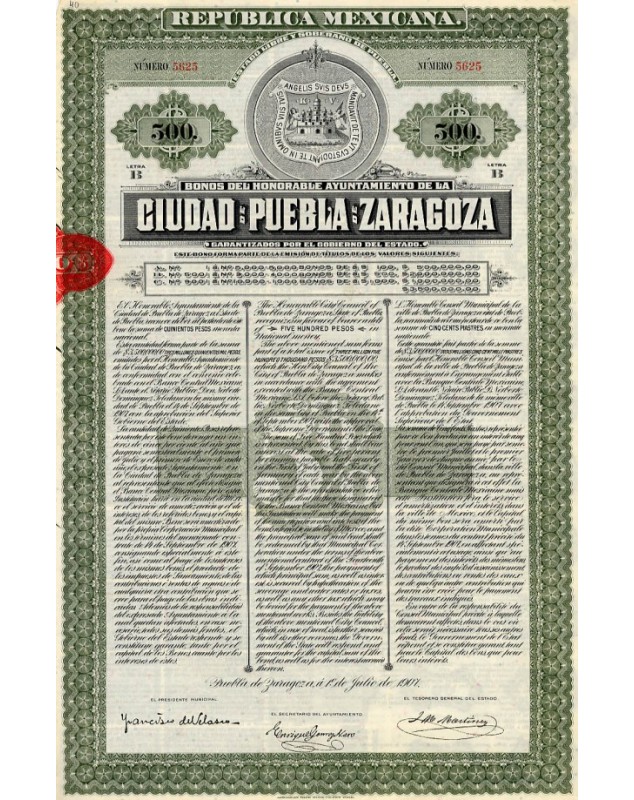 Loan of 3.5 million Piastres (Pesos) contracted by the Municipal Council of the city of Puebla de Zaragoza according to the terms entered into with the Mexican Central Bank in 1907.

The loan was formed by the issue o 10,000 bonds including:

The capital was to yield 5% per year, payable half-yearly on January 1 and July 1 of each year by the Government. This interest payment was materialized by the detachment of the coupons attached to the securities. However, only a few coupons have been cut, a sign that the interest has not been paid in full and that the holders of the security are beneficiaries of the debt. The loan was to contribute to sanitation works (drinking water company) in the capital.

The loan was guaranteed by the proceeds of sanitation taxes, contributions or water rents.

Uncancelled and with many coupons.