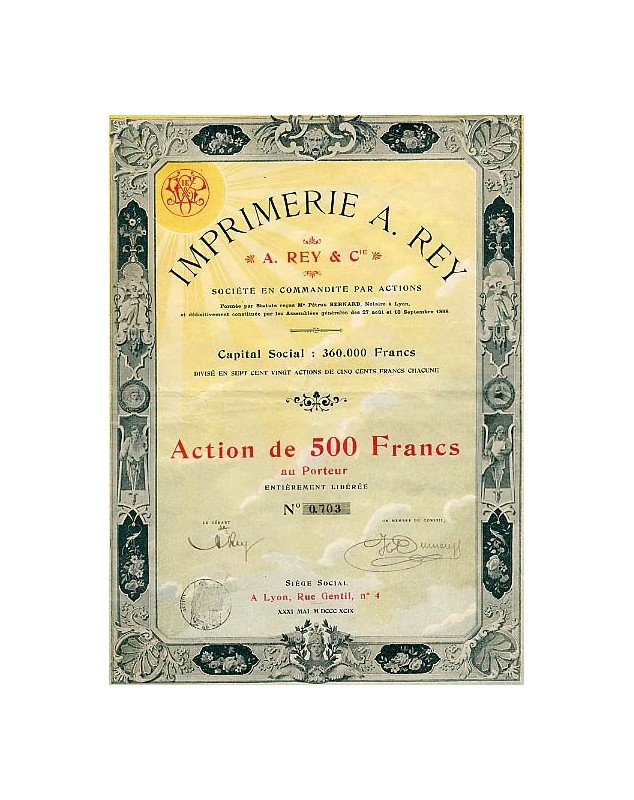 Signed by the founder A. Rey