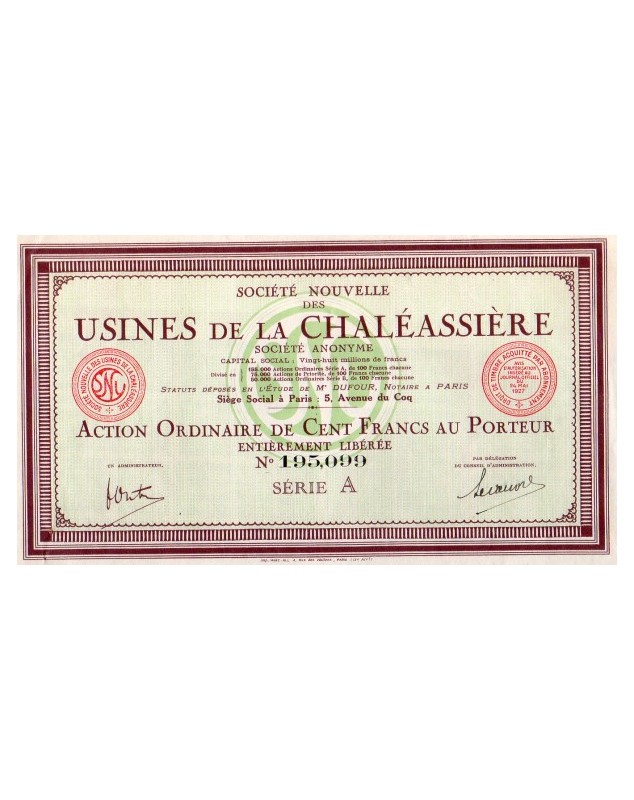 The company was initially created under the name of Leflaive & Cie in Saint-Étienne in 1867. It manufactures steam engines, articles for forging, foundry, adjustment and boilermaking.

It became the S.A. des Etablissements Leflaive in 1922, then the Société Nouvelle des Usines de la Chaléassière in 1926. Its head office was then transferred from Saint-Étienne to Paris, 5 avenue du Coq.