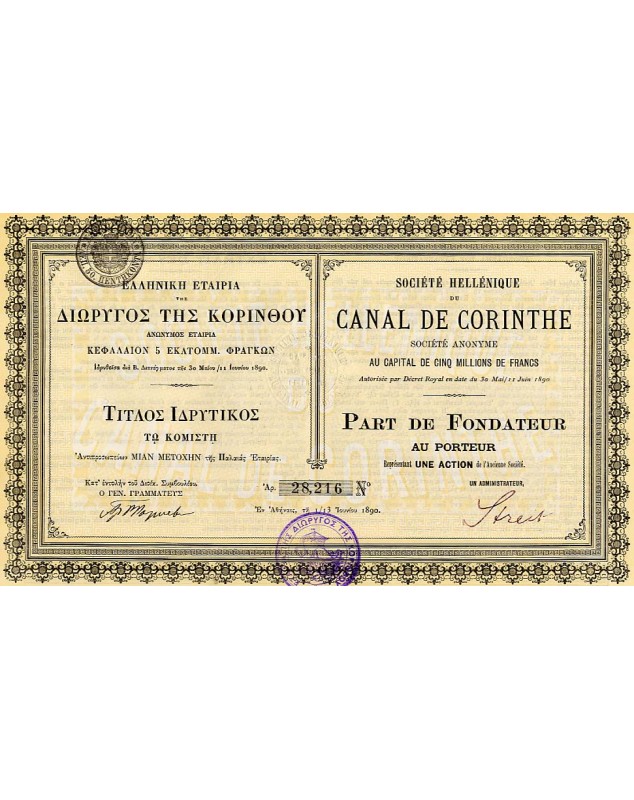 The purpose of the company was the completion and operation of a maritime canal of great navigation through the Isthmus of Corinth, the concession of which resulted from a royal decree of 1881. The concession had been granted to General Turr who had transferred it to the French Company, known as the Société Internationale du Canal Maritime de Corinthe (International Company of the Corinth Maritime Canal). This company, established in 1882, with a capital of 30 million, was dissolved and put into liquidation in 1890. This new company follows.