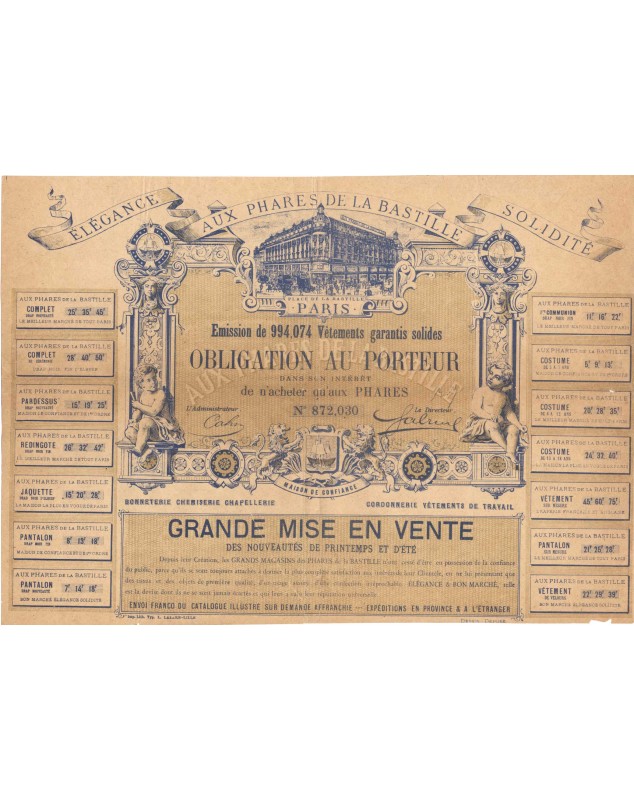 Obligation to the bearer... "to buy only at the Lighthouses"! with fake coupons.

This very rare and original document is of comic interest ("Issue of clothes" instead of bond issue, coupons transformed into price tags...). It takes the form of a real bond with its serial number, its signatures, its coupons, but is in reality an advertisement.

"Aux Phares de la Bastille" were large clothing stores located in Paris, at the corner of Place de la Bastille and rue Saint-Antoine. They were among the very fashionable novelty department stores between 1875 and 1900. They were adorned with gigantic headlights that illuminated the area.

The department stores were replaced by the current Banque de France building. There remains today, no doubt, in memory of this store, a philosophy café called ''Le Café des Phares''.

Warning: product in F/VF condition: large and small tears repaired on the back with adhesive