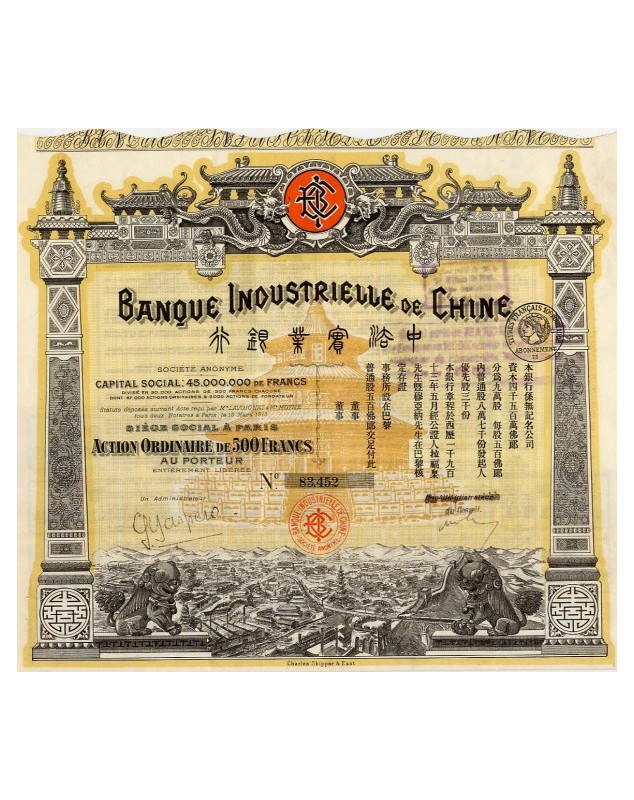 Signed by G. Gaspero and stamps (capital increase from 75 to 150 millions de F).