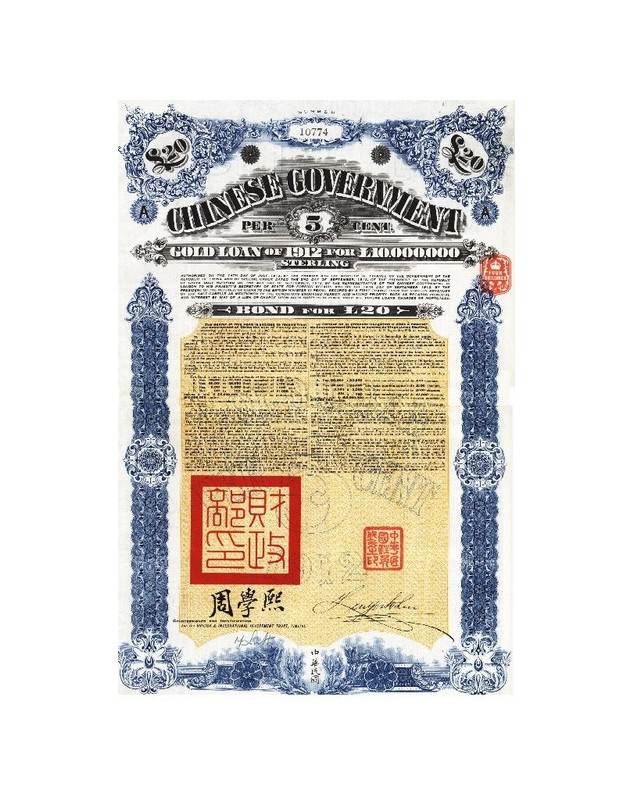 Also called “Crisp loans” refering to Birch (Charles) Crisp (1867-1958) who arranged with the Chinese Republic’s London-based representative a loan issued for 5 million de £ (instead of 10 million initially forecast as it is written on the bond).

The serial number of the bond can be different from the one seen on the picture but will be with the same characteristics.

You can read the latest article about the chinese debt: