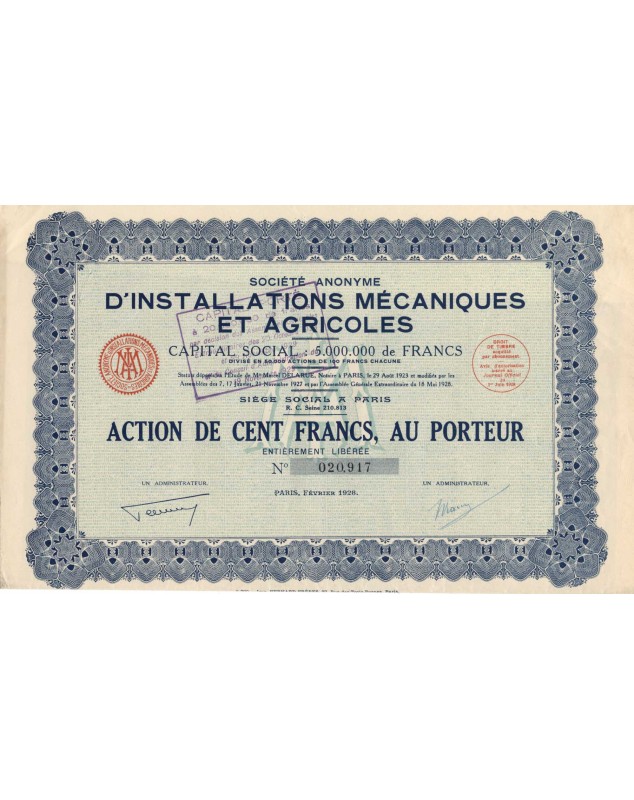 This company, whose head office was located at 75 boulevard du Montparnasse in Paris, was controlled by Alexandre Stavisky. He succeeded in getting himself appointed general manager in 1929.

The company originally founded with a capital of 100,000F will operate a capital increase to 25 million francs orchestrated by Stavisky. A fraudulent bankruptcy followed in 1934.