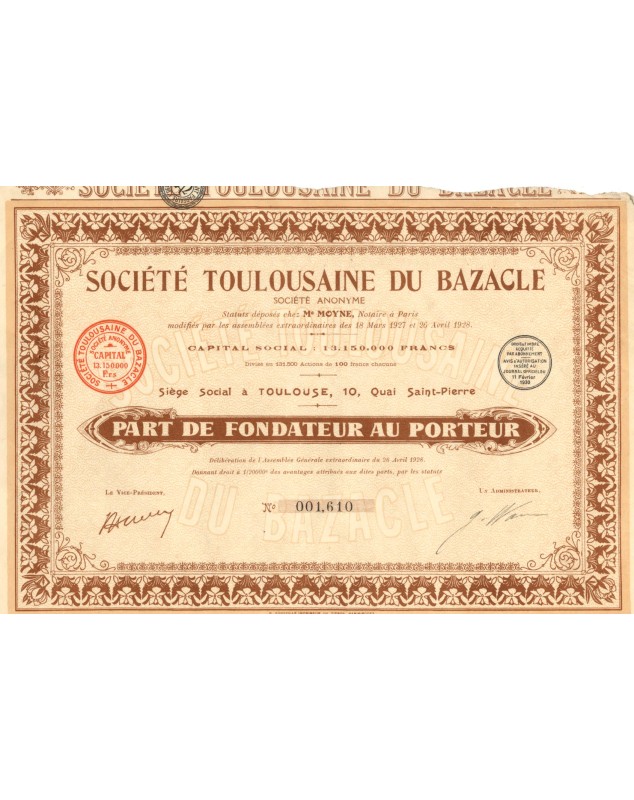 The Bazacle is a geological, historical and tourist site located on the Garonne in Toulouse, where mills were established. The Société des Moulins du Bazacle was incorporated in the 12th century.

At the end of the 19th century, the shareholders of the Moulins du Bazacle company transformed the place into a hydroelectric power station.

In 1888, the Société Toulousaine d´Electricité transformed the mill into a hydroelectric plant in order to provide energy for public lighting in central Toulouse.

In the 20th century, the plant produced electricity using machines installed in 1919 and 1933, and EDF became the owner of the plant in 1946.