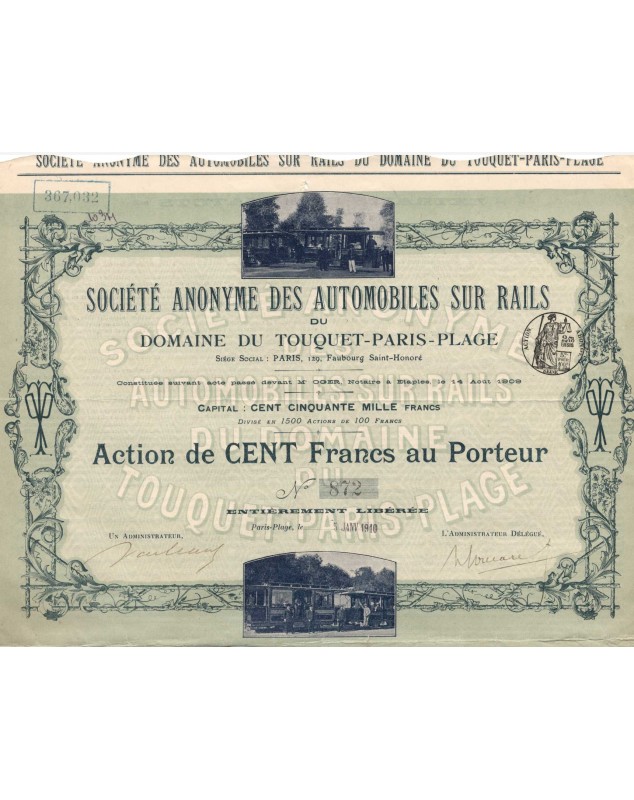 The purpose of the company was the installation, organization and operation during the sea bathing season of an attraction consisting of facilitating the movement of walkers in the area of ​​the Domaine du Touquet-Paris-Plage and its outbuildings in means of automobies running on rails.

This tram network was put into service in 1910 and will run for 4 km. A loop served the busiest places in the city from the Casino de la Plage to the Sports and Golf districts, taking Boulevard de la Mer, Rue de Paris and Rue de Bruxelles. An antenna was grafted on this loop at the height of the Hermitage by traversing the avenue de l'Hippodrome.

The service continued until the First World War. Interrupted during the conflict, the circulation of the tramway resumed at the end of it and ceased definitively in 1925.

VF/EF condition : tear at the coupons