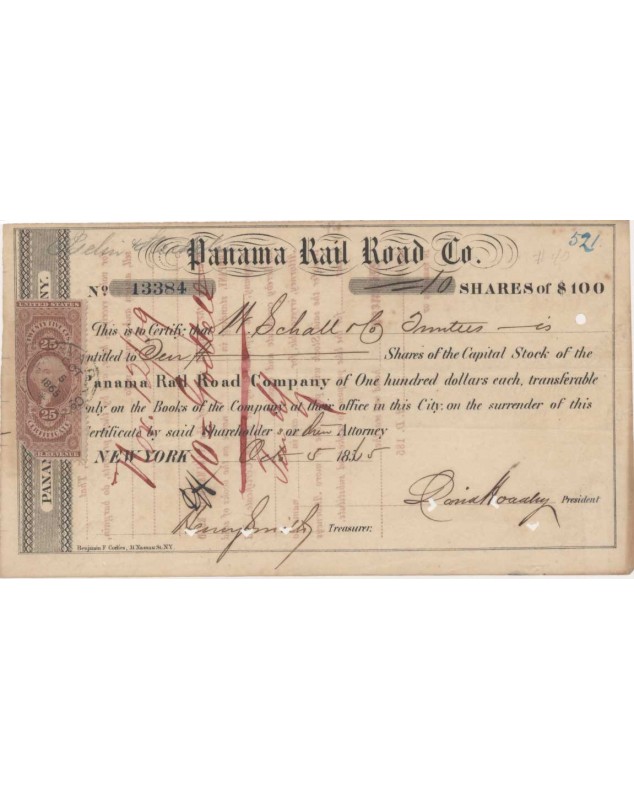 With stamp to the left.

Formed in 1850 by Aspinwall, Stevens and Chauncey to obtain a concession from the Government of New Granada to build a railroad across the isthmus of Panama.

The line was finally opened in 1855 but business declined and most of the stock was acquired by Ferdiand de Lesseps and the Panama Canal Company in 1881.