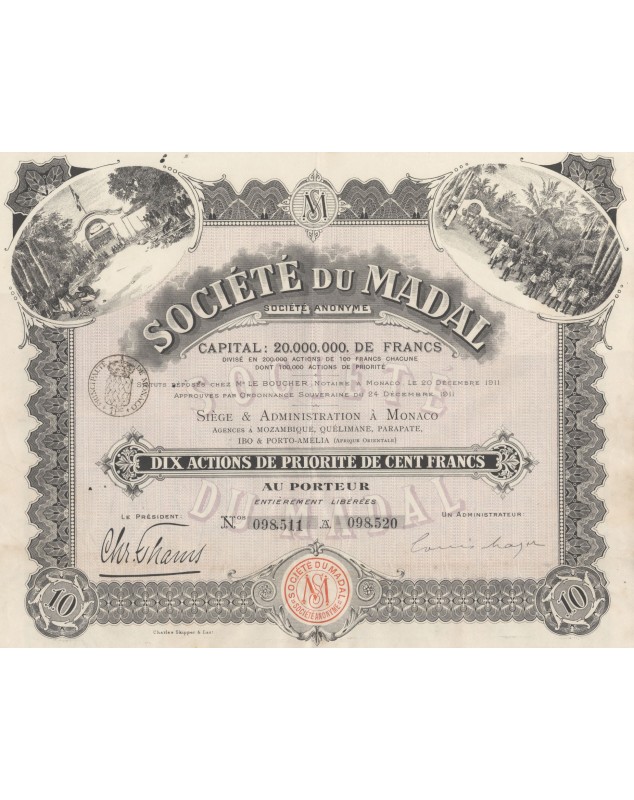 Madal (Grupo Madal S.A.R.L.) is a plantation company formed in Monaco in 1903.

The company has been on Norwegian hands since 1913, mainly Halvor Astrup.

The company started up trading in copra (dried coconut kernels) in Mozambique, but soon established its own coconut plantations.

The company grew to become one of the country's largest, but like many other companies, Madal lay almost dormant during the 1975-1992 civil war.

After the war ended, the Norwegian owners started rebuilding the company. Besides the production of and trade in copra in Zambézia Province, the most important business areas are cattle-farming, shrimp trawling, and forestry.

The company is also a shipping agent and is managing several of the country's ports. In addition, Madal is seeking opportunities in other sectors, such as mining and oil production.

Today, the company is the largest private land holder in Mozambique.