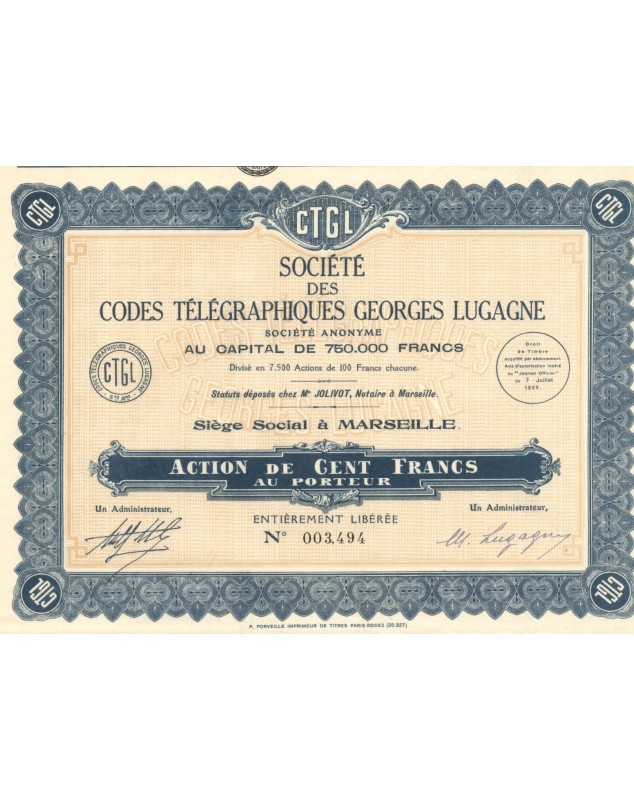 Georges Lugagne with the collaboration of Gabriel Lugagne, developed in 1912 a system composed of a code book which served as a compressor (reduction of the size of the messages) and of a "secret permutation transpositor", encryption rule comprising 20 mobile and interchangeable strips, the manufacture of which was entrusted to Barbotheu.

The International Lugagne Code of 1914, of a thousand pages, conforming to the prescriptions of the International Lisbon Convention of 1908, included indexes in French, English, Portuguese, Spanish, German, Italian and Esperanto which made it possible to encode, decode and simultaneously translate messages into seven languages.

A new edition of the Lugagne Code was published in 1923, the COGEF Lugagne, French General Code, exclusively in French.