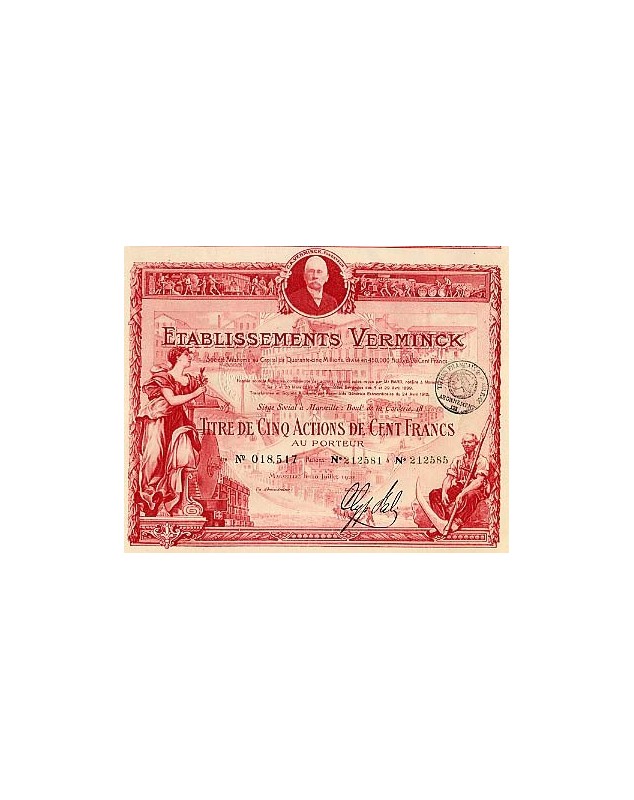 Ets Verminck was a large industrial company created in Marseille in 1845 by Charles-Auguste Verminck (inset portrait).

Manufacturer of soap and edible (groundnut) and industrial oils, with counters in Senegal, factories in Sierra Leone, Liberia, Ivory Coast and Nigeria, Ets Verminck had 5 factories, a cooperage and a glass factory. The company had 1100 employees in 1916 and was a winner of the 1889 World's Fair Grand Prix.

The Verminck Establishments change their name when the Compagnie du Sénégal et de la Côte occidentale d'Afrique is founded in 1881. But the company sells its assets as early as 1884 to the United African Company. The company soon has an inheritance with CFAO, founded in 1887 by the ship owner Frédéric Bohn, who maintained during his first decades a specialty in the food and consumer goods trade. CFAO (Cie Française de l'Afrique Occidentale: French Company of West Africa) becomes administrator in 1887 of Ets Verminck.